Published by Journal of Ophthalmology

“…the readings from the Optopol machine make it easier to distinguish between control and glaucomatous subjects than those from the Zeiss machine based on MD and PSD.”

“In its entirety, this suggests that the ZETA Fast strategy is likely more sensitive in picking up earlier defects with a higher tendency for increased MD and PSD values with a lower VFI correlation. The fact that VFI is also higher in the control subject population again suggests that the strategy is superior and robust in identifying accidental invalid responses by subjects, leading to less nonspecific defects in healthy visual fields.”

“Another matter of interest is the ability of Optopol’s ZETA Fast to detect an MD of less than -2 while comparing its results to the Zeiss HFA SITA Fast strategy. This is an important aspect for a perimetric strategy, owing to its ability to pick up the earliest glaucomatous visual field defects with high sensitivity.”

“Therefore, ZETA Fast is an equivalent perimetric strategy in accurately diagnosing early glaucomatous defects when compared to the Zeiss HFA.” 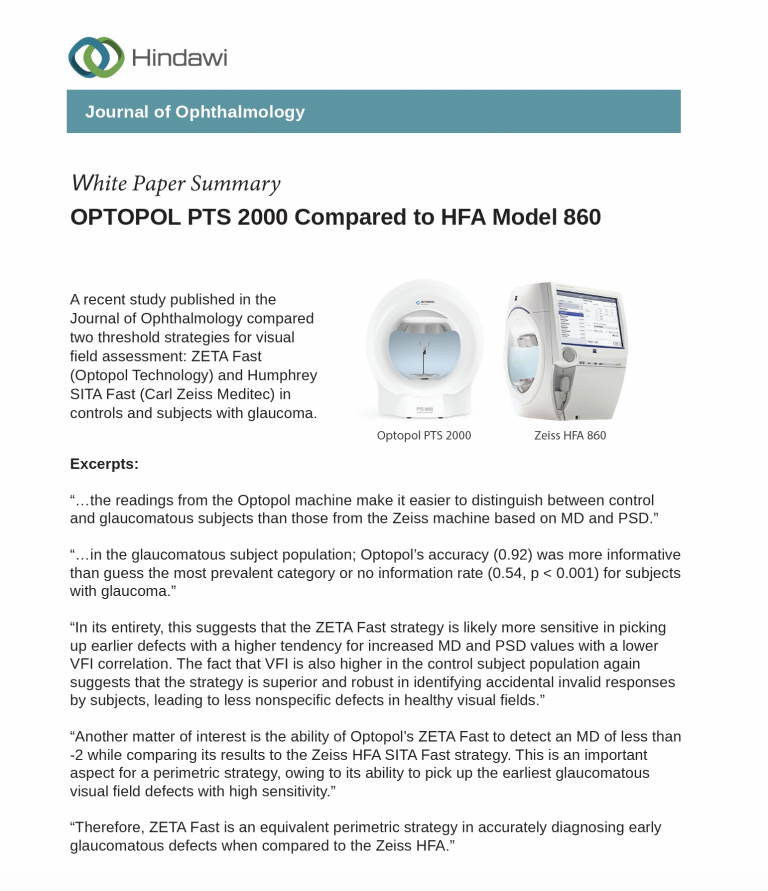 If telehealth is of interest to you, please contact us at