Optopol Technology, based in Zawiercie, Poland, is a privately held company that has been manufacturing automated perimeters since 2001. They have placed over 6,000 units in ophthalmic practices all over the world and the product is known for its modern design and ease of use. Optopol also developed the world’s first spectral domain OCT and offers the world’s fastest OCT, which is currently being tested for FDA approval for the U.S. market. 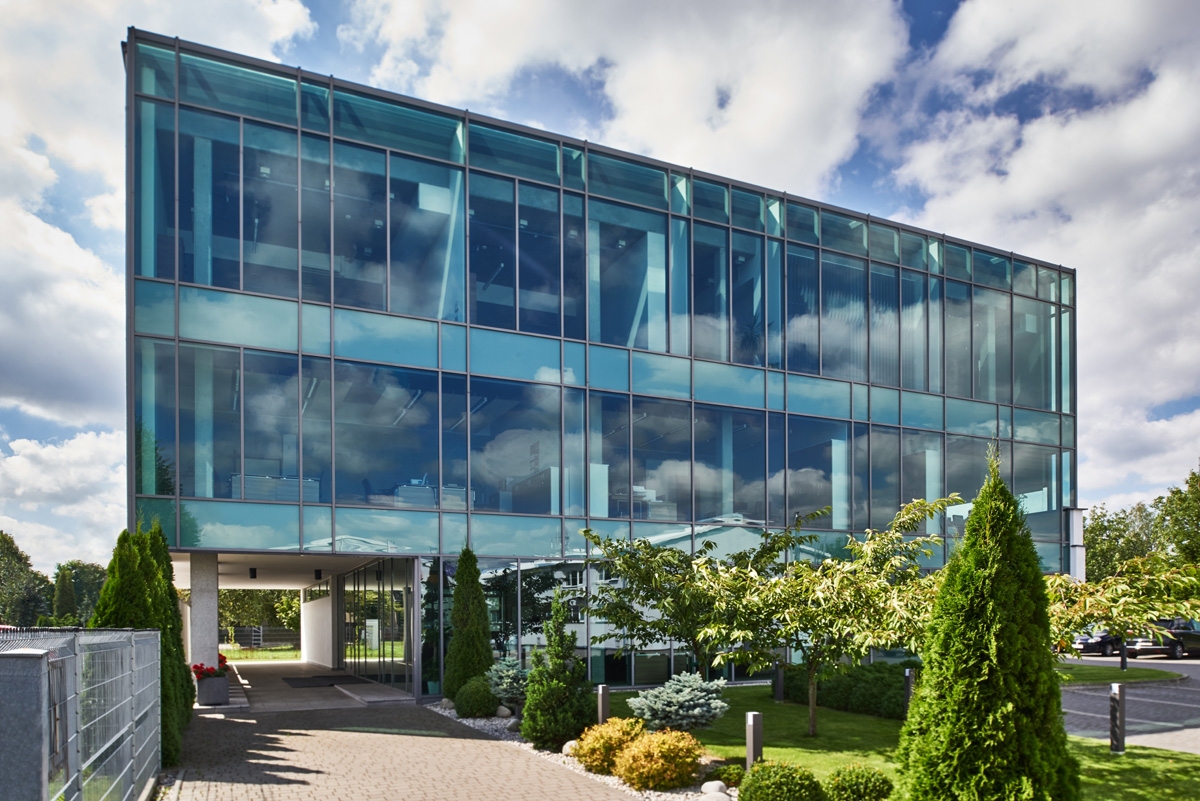 Optopol Technology, based in Zawiercie, Poland, is a privately held company that has been manufacturing automated perimeters since 2001. They have placed over 6,000 units in ophthalmic practices all over the world and the product is known for its modern design and ease of use.

Optopol also developed the world’s first spectral domain OCT and offers the world’s fastest OCT, which is currently being tested for FDA approval for the U.S. market. 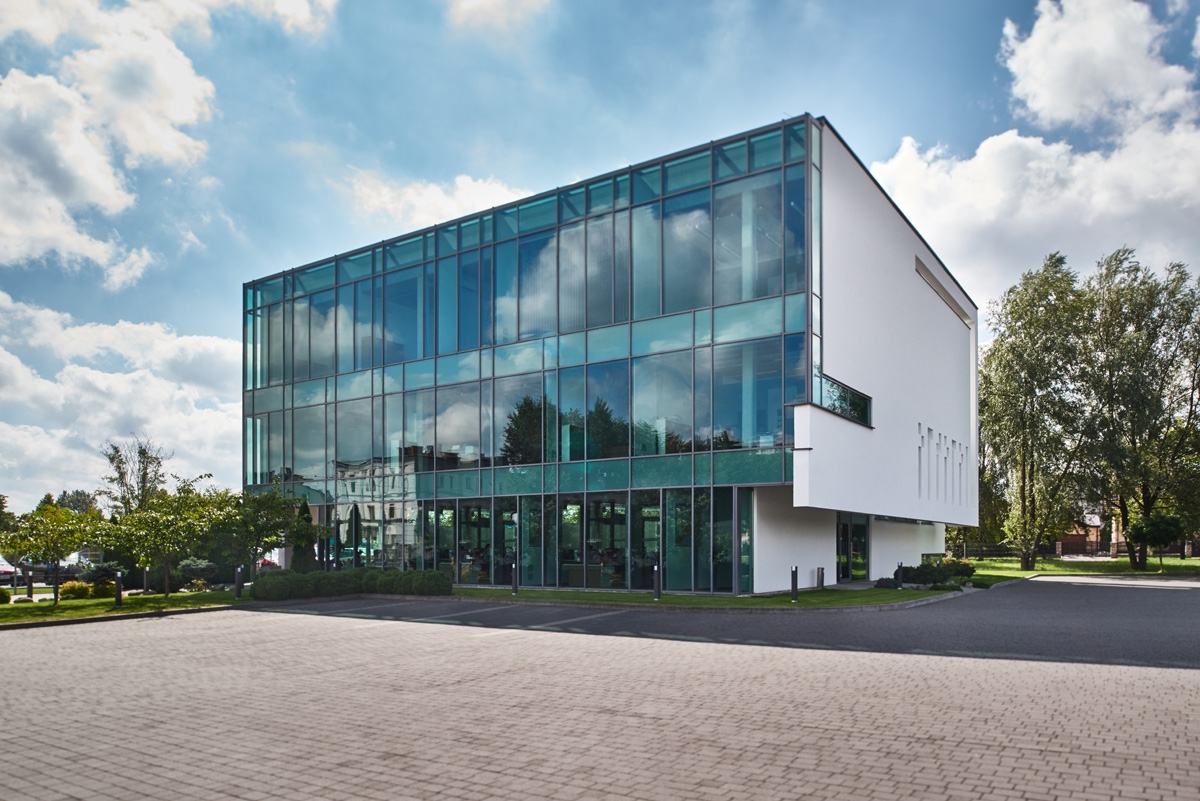 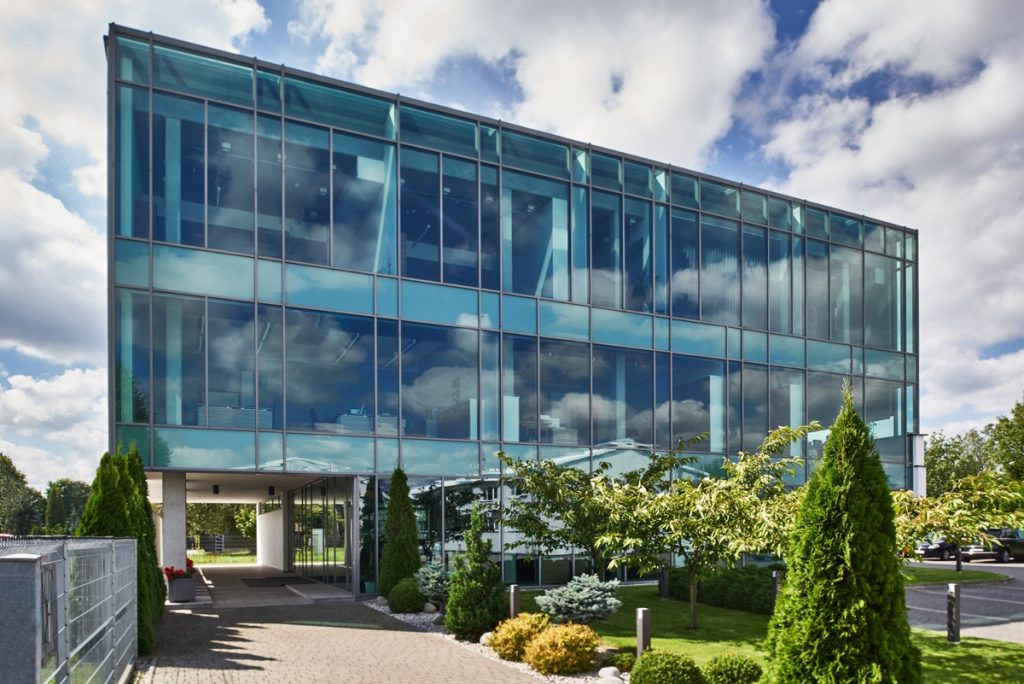 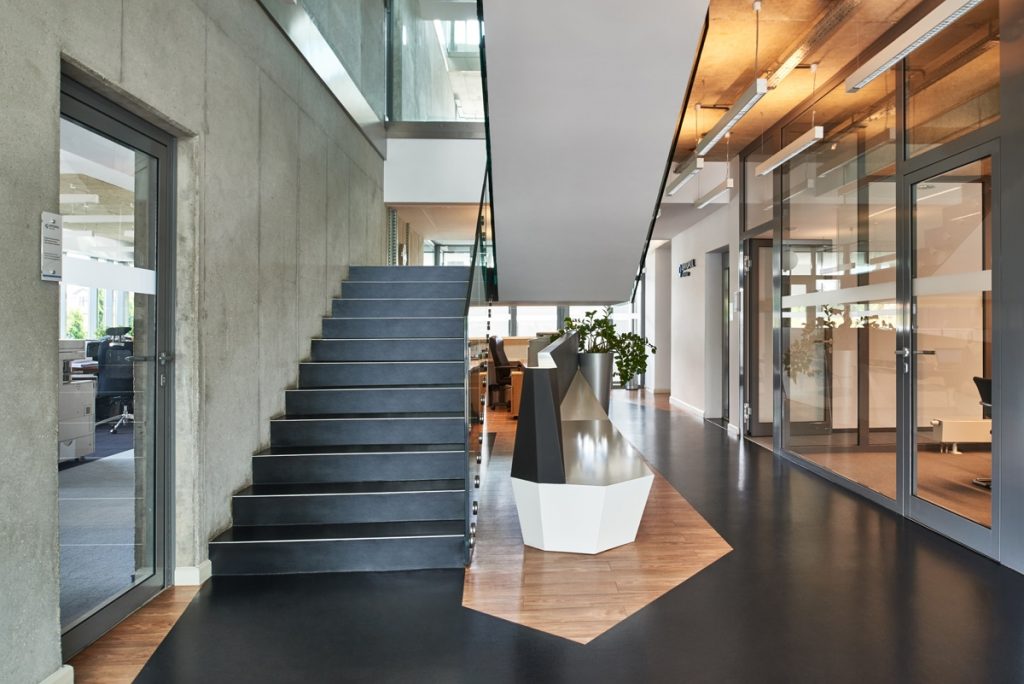 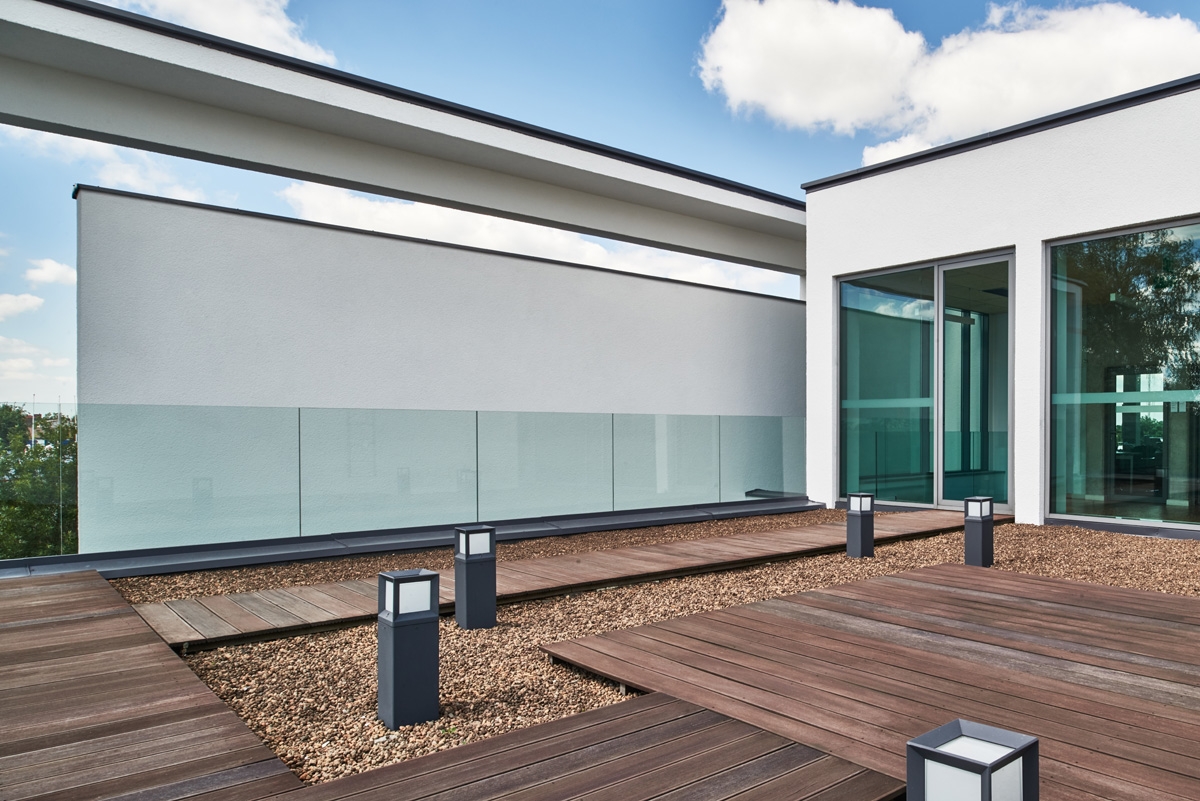 Adam Bogdani established company OPTOPOL in 1992. Initially, it was mainly a distribution company, importing optical machinery ophthalmology. Adam Bogdani’s vision of running a Polish, professional company, recognizable and esteemed in the global market, is successfully continued under management of Marcin Bogdani, the son of company Founder. 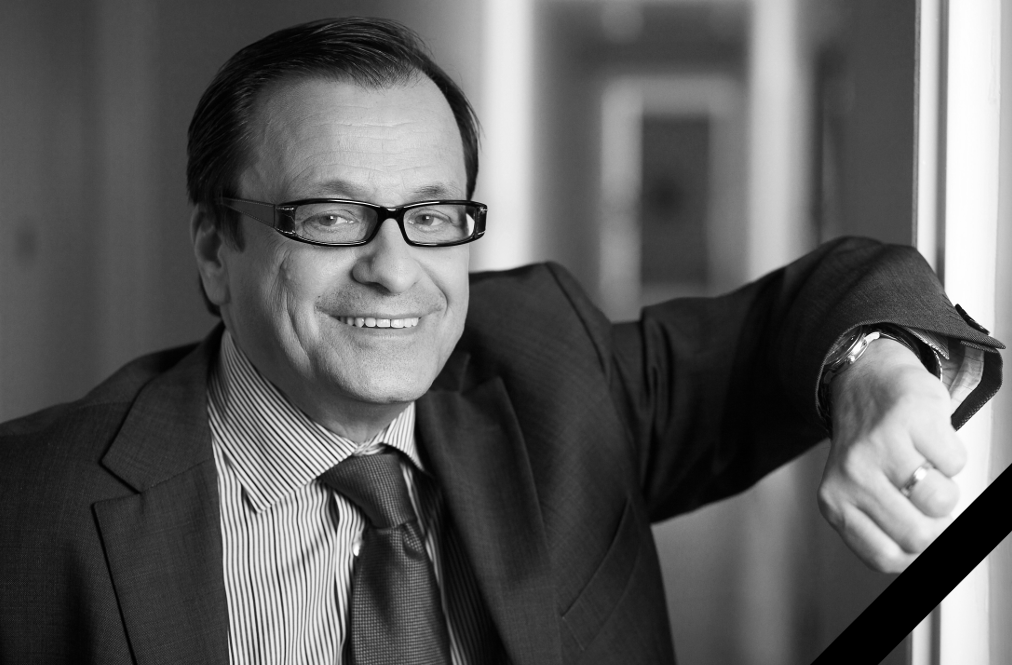 Milestones in Optopol history under the leadership of Adam Bogdani:

In 2014, Optopol became an independent company again, leaving Canon Group, continuing the development of diagnostic devices for ophthalmology. Adam Bogdani’s vision of running a Polish, professional company, recognizable and esteemed in the global market, is successfully continued under management of Marcin Bogdani, the son of company Founder.

In March 2020, after a lengthy and difficult battle with an illness, Adam Bogdan passed away at the age of 71.

To us, innovation is only valuable if it's affordable to the average eye care professional.

Are Optopol perimeters as good as an HFA?

The answer is yes…and in some ways better. The HFA has long been dominant in the U.S. market. The HFA was originally designed many years ago when technology was different. Most units do not run Windows and the latest units run a proprietary form called “Windows Embedded”. The Optopol units run on Windows 10 PRO and can easily be networked and upgraded in the future, without having to swap out the entire unit. They have all the features of an HFA, without the price tag.

Why are Optopol perimeters priced less than other high end perimeters on the market?

Optopol PTS perimeters are a 2nd generation design and made with fewer moving parts and service needs. The investment has been in the software, that is current and easily upgradeable and accessible. We also do not have the highly paid sales force, field service team, marketing budget, public speakers and other overhead that the competition has. Learn more about our great benefits.

What will my service and repair costs be in the future?

Very minimal. Optopol USA offers the most extensive warranty in the industry, two full years. Secondly, we will NEVER call you to purchase a service contract, you don’t need one. We have designed our perimeters to have few moving parts and mostly software based. We can easily get on line to train your staff or diagnose a problem you may be having without having to schedule an expensive service call or replace the entire unit in order to upgrade it.

Can you transfer my HFA data and what is the cost?

In most cases it’s a very simple process. We transfer all the HFA tests and the patient demographic data, so you do not have to re-enter all of the patient information when you switch to Optopol. If your data is on USB, the data transfer is free. For older devices without USB storage, contact us for a quote.

Can I have a demonstration of the software?

Absolutely! We love providing you and any team member to an online virtual demonstration of our software at your convenience. We can go through all the features you would like to see and try for yourself. You can even run your own practice test on our instructor! Our live demo a great way to get a look at the unit in action and see exactly how easy it is to use. It’s the way we also hold our clinical trainings and our customers really love it. Click Schedule a live demo below to choose a time to meet with our team.

I've only recently heard of Optopol. How do I know they are reliable?

Although Optopol is fairly new to the U.S., they have been selling perimeters since 2001 and have almost 10,000 perimeters currently in use all over the world. Our U.S. office is based in the Raleigh/Durham, NC area where we stock parts, equipment and provide service and support.

Ask us with live chat
Schedule a live demo
Powered By

EXCERPT FROM AN ARTICLE IN FORBES 2020 MAGAZINE:

Optopol Technology was founded in January in 1992 by the late Adam Bogdani, whose son Marcin still runs the company today. His main goal was to build a Polish company with local capital and to bring modern and professional diagnostic equipment to the world. Optopol Technology was successful in their release of automated perimeters and Optical Coherence Tomography (OCT) and in 2010, the company was acquired by the Japanese company Canon. The family re-acquired Optopol Technology in 2014 and Marcin Bogdani took over as the President. The company began its rebirth by distributing other ophthalmic equipment from leading manufacturers in the industry, while beginning production of a more modern version of their original devices.

The turning point for the company from Zawiercie, Poland was the start of production of the world’s first spectral domain OCT developed for commercial use. Spectral domain optical coherence tomographs greatly improved the quality of retinal images and allowed eye care professionals to see pathology more clearly and begin earlier treatment. The spectacular success of the optical tomograph was possible thanks to the cooperation of Optopol with scientists from the Institute of Medical Physics of the Nicolaus Copernicus University in Toruń, Poland and brought international recognition to the company.

Many ophthalmic equipment manufacturers, including Canon, became interested in Optopol. Following the acquisition, cooperation with Japanese engineers contributed to improving the quality of the devices and expanding knowledge in the field of constructing and building optical systems at the highest level. After returning to the Bogdani family in 2014, the company has had many successes. New devices have been developed including the “REVO NX 130”,  the first commercial OCT with a speed exceeding 130,000 A-scans per second and currently the world’s fastest commercial ophthalmic OCT technology.

At the same time as the REVO series OCT product line, the company started production of new automated perimeters. In 2016 the PTS-925W perimeter and in 2017 the model PTS-2000. These perimeters have maintained an excellent reputation around the world and are currently being used by over 6,000 eye care professionals. In 2019, the company proudly presented its latest multifunction OCT, the REVO FC, combining the full functionality of an optical tomograph and a fundus camera. The REVO FC is the first device that is a combination of Spectral Domain OCT, Fundus Camera and optical biometer, enabling imaging of several eye structures using one unit.

An important area for an enterprise is the distribution of its goods. Although Europe remains the main distribution center, Africa, Asia, North and South America and Australia are also playing an increasingly important role. Optopol Technology focuses on continuous development, which results in a constantly growing number of distributors around the world, which currently covers as many as 90 countries. One major contribution to the company’s success is due to the successful placement of  perimeters in the North America, where at the beginning of 2020 it was decided to open a direct subsidiaray called “Optopol USA”  and start the process of gaining approval from the American Food and Drug Administration (FDA) for the REVO NX130 OCT device.

Many years of experience, a clear vision of development, excellent quality of manufactured devices, professional staff as well as global trade experience and comprehensive after-sales service are the elements most valued by customers around the world. Optopol continues to create new devices that will help ophthalmologists and optometrists around the world to provide better vision for their patients.